This week in Bluebell Class, we have been to the Panto and it was very exciting. We watched the Wizard of Oz. It was on a screen but it felt very real. We even got up and joined in lots of dancing at the end. On Wednesday, we also took part in the Reindeer Rush to raise money for St. John's hospice. Together, we ran over 18 miles! In our classroom we have started to learn about Mog the cat and his Christmas calamity.

At the beginning of the week, the children reflected back on their walk through the forest in the previous week. They then compared the village of Calder Vale to another small village in the UK. After comparing the two, children wanted to look into developing a play area for children within the village. After some conversations with parents and other local people in the village, we found out that there is a village committee who are in the process of developing a recreation ground with lots of different facilities. After a little discussion, Mrs Bowden is very keen to work with the group in order to promote fund raising events! Watch this space for more details.

Have a look at our photos below for some of our activities from this week: lots of addition and subtraction in Maths and. We have also used photos of the village to add into our role play to help us write our stories next week about dragons! We wonder where the dragon will end up at school?

We have had an extremely exciting week this week. We had a fantastic time on our geography walk through the village. We spotted lots of features and amenities including the river, the mill and the post office. While we were in the village, we posted our SMILE letters. We hope the people who receive them enjoy reading them.

We also took part in Judaism workshop on Friday via Zoom. We learnt all about the Jewish sabbath - we found out that it starts on a Friday night and finishes the following day. We also learnt that, unlike our writing in English, Jews read their special book in a language called Hebrew. Interestingly, this is written from right to left, unlike our language which is written from left to right. It felt very strange opening a book from the back!

Look at all the great things we have done this week! Everything from making fire engines to dressing up for Children in Need.

We are always very proud of all of our children in Bluebell Class, however 2 children this week stood out for their brilliant imagination and progress in writing. One of our Preschool children made his own fire engine using junk modelling materials. He thought really carefully about what things he needed to put on including hoses and sirens. One of our Key Stage 1 children worked extremely hard to write her sentences independently. We compared her writing to some thing she had written only a few months ago and the difference between the two texts were outstanding! Well done everyone.

Our children showed great respect on Wednesday by observing the 2 minutes silence for Remembrance day. We finished our week by adding our feelings jars to the colour monster display to help him sort his feelings out. 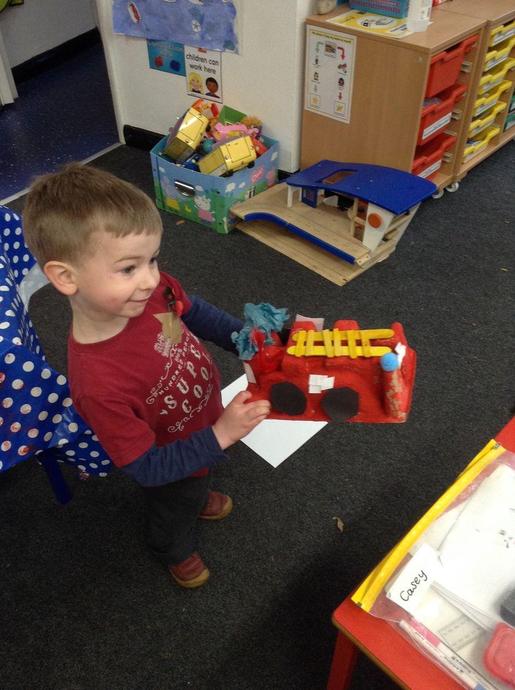 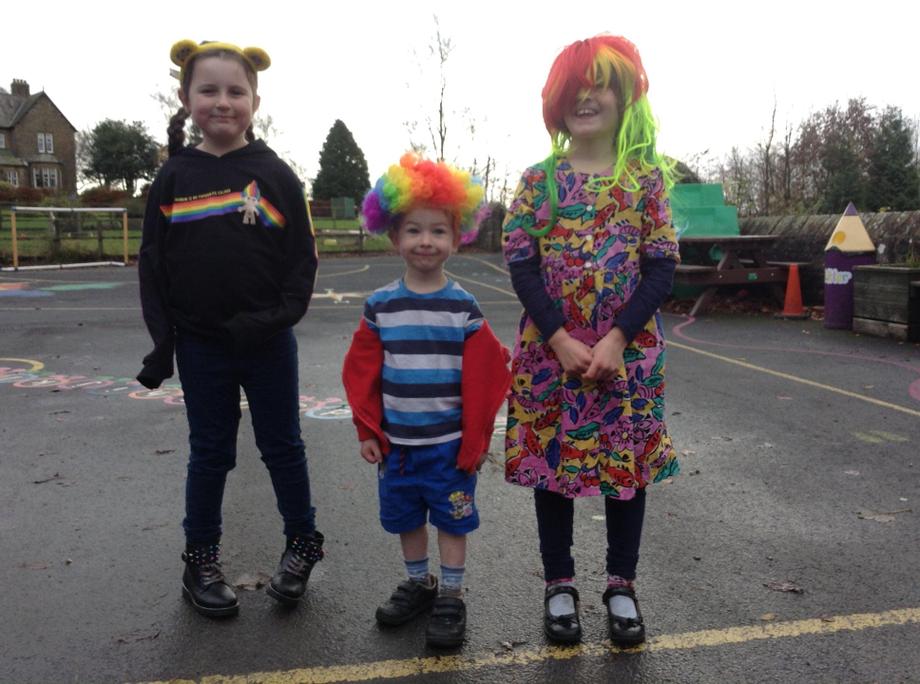 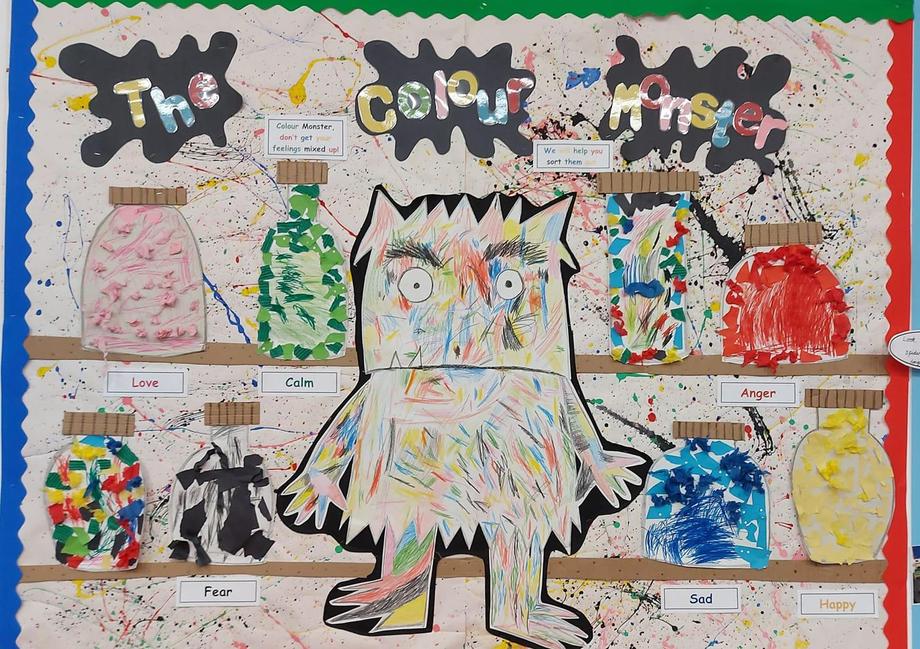 Look at the fireworks we made today out of pipe cleaners as part of our funky fingers activity. We then used the paint to print our own on the tuff tray. Later, we watched a bath bomb fizz and used lots of different words to describe what was happening. We thought about how it looked like a firework and that we could use the same words to describe them both.
Look at all the stories and books the children in Bluebell class will be reading after half term! Looking forward to diving into some old favourites but also excited to read some new ones too!

We have had a very busy week this week. The children have been learning all about Wilf, the Wolf as part of our literacy work. We have written some character descriptions to describe him. The children have also written some amazing sentences that give lots of detail about what and how Wilf got lost and then eventually found his way home. We have also explored printing using potatoes and have made our own Little Red Riding Hood potato print pictures.

This week, the children have started reading a new story called 'The Way Home for Wolf.' We started by looking at other stories that had Wolves in them and read the stories of The 3 Little Pigs and Little Red Riding Hood. The children had a fantastic time building the pigs houses and then pretending to be the big bad wolf and trying to blow the houses down. Afterwards, the children read the first few pages of our new story and found out that Wilf the Wolfling is actually not like the big bad wolf we found in other traditional tales - he is shy and timid and has lost his way home. The children showed great empathy towards Wilf.

We also have a new display in our class - Bob's Word Wall. Bob the Builder is now on our display board and is helping us in learning our key words.

This week, we have been learning how to add and subtract, starting with recognising the symbols in an addition and subtraction number sentence.

Here are some examples of the work we have been doing.

This week, the children have been learning about Harry the Happy Mouse. They also decided to go on a Harry Hunt after reading the story of We're going on a Bear Hunt.